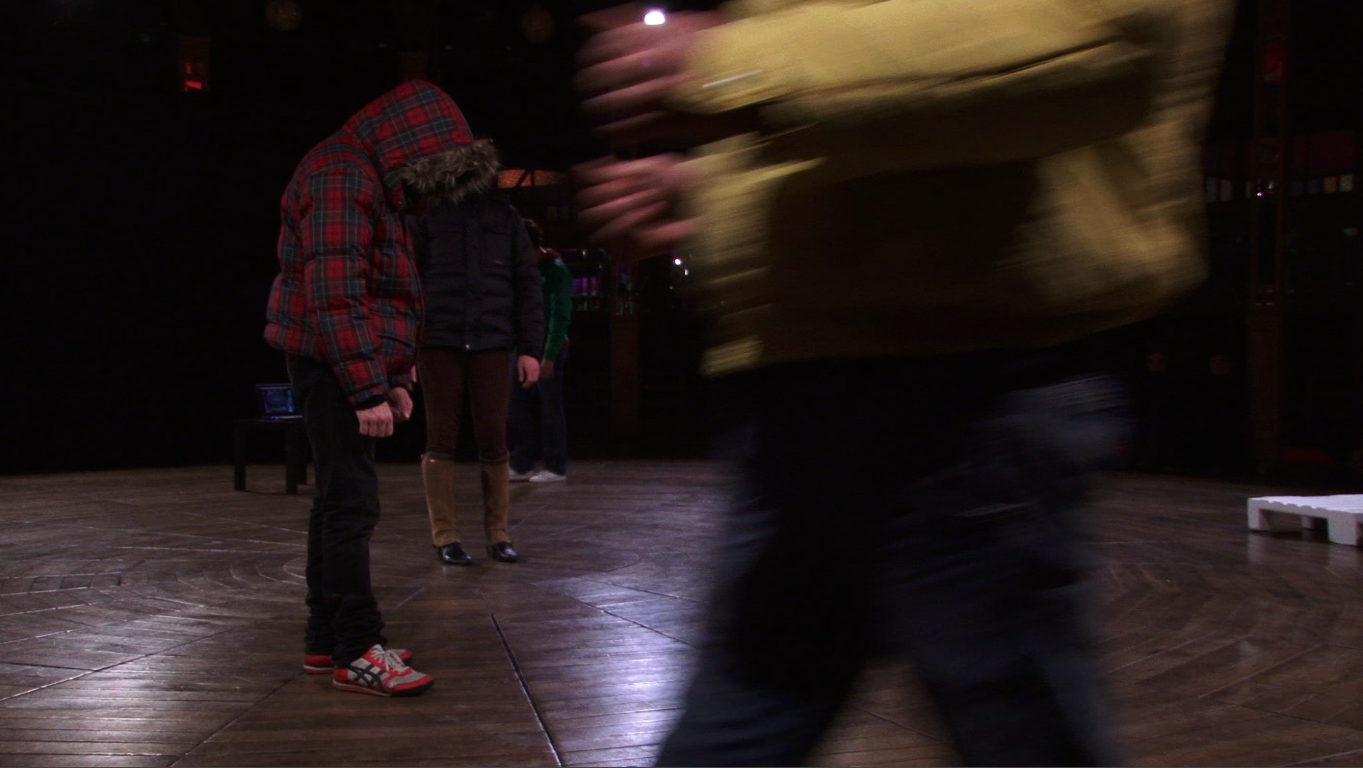 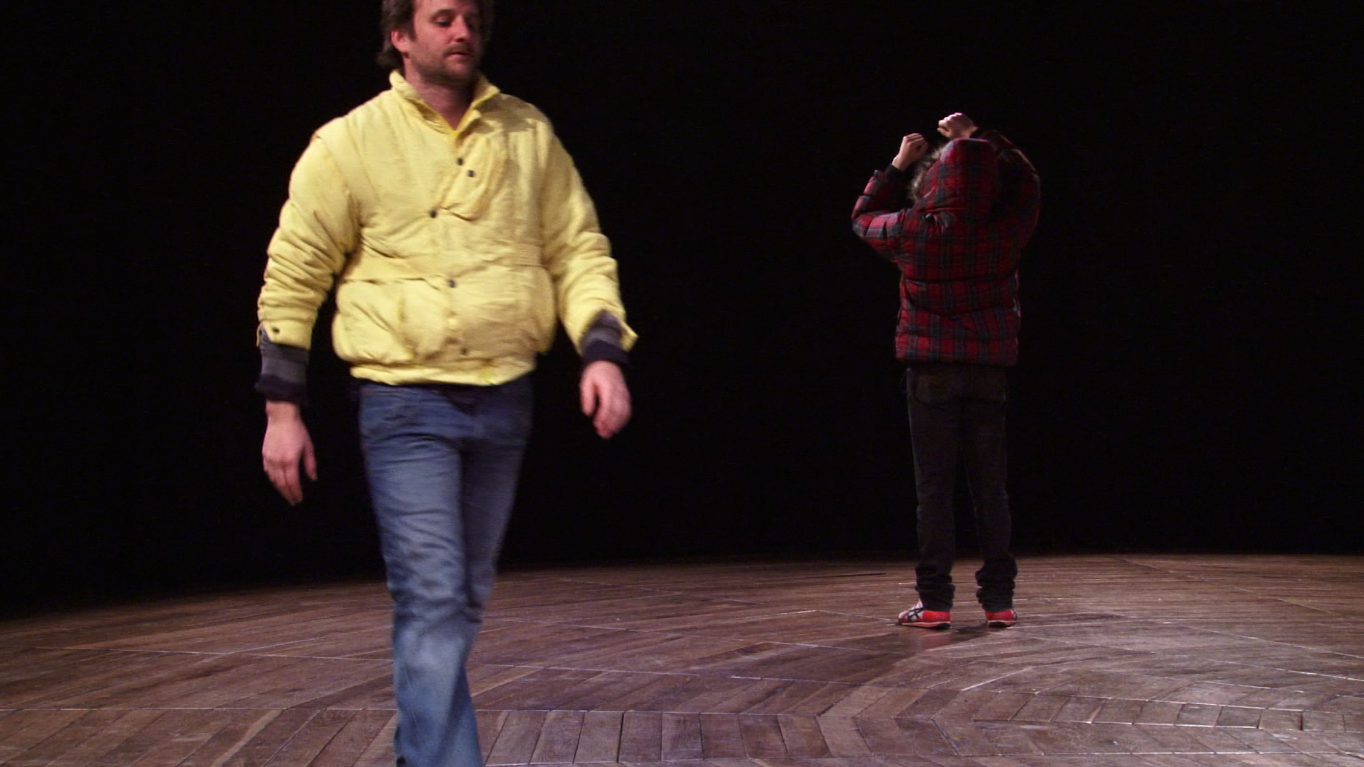 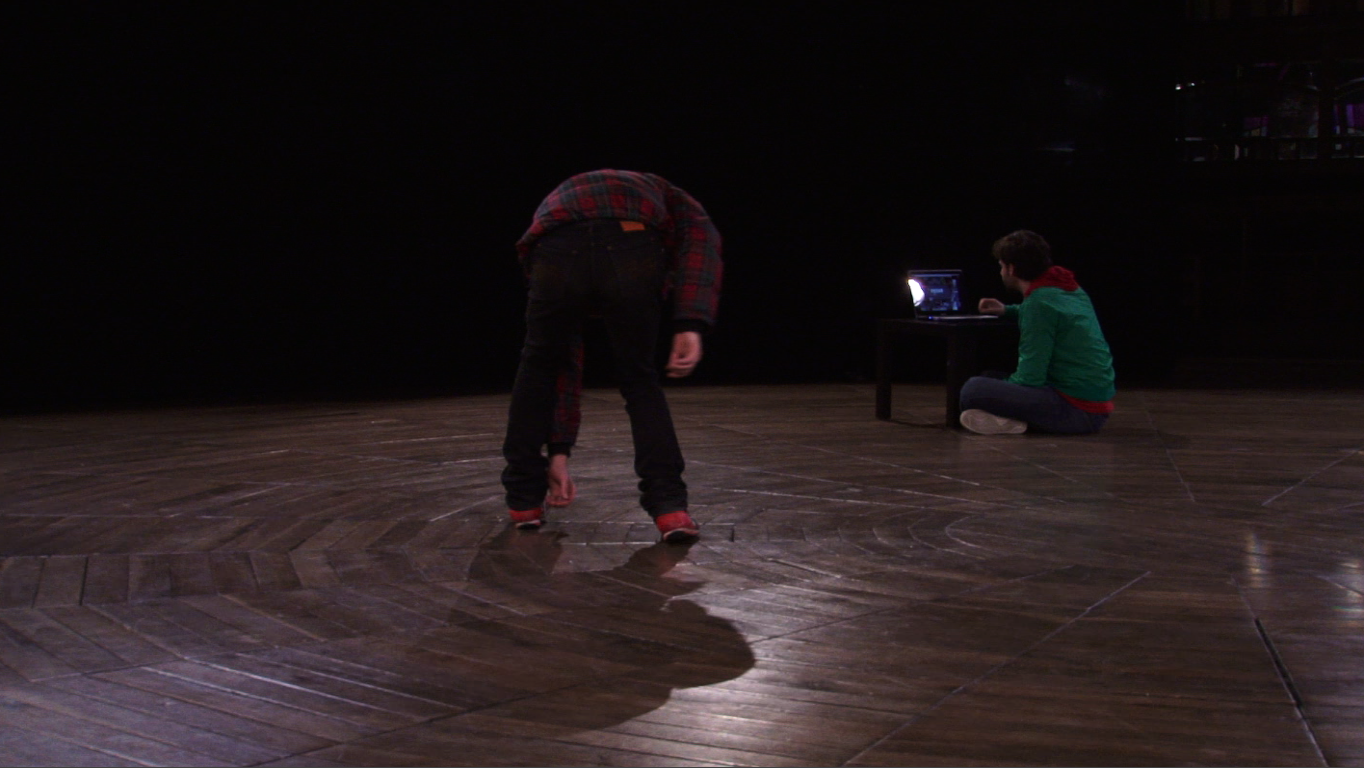 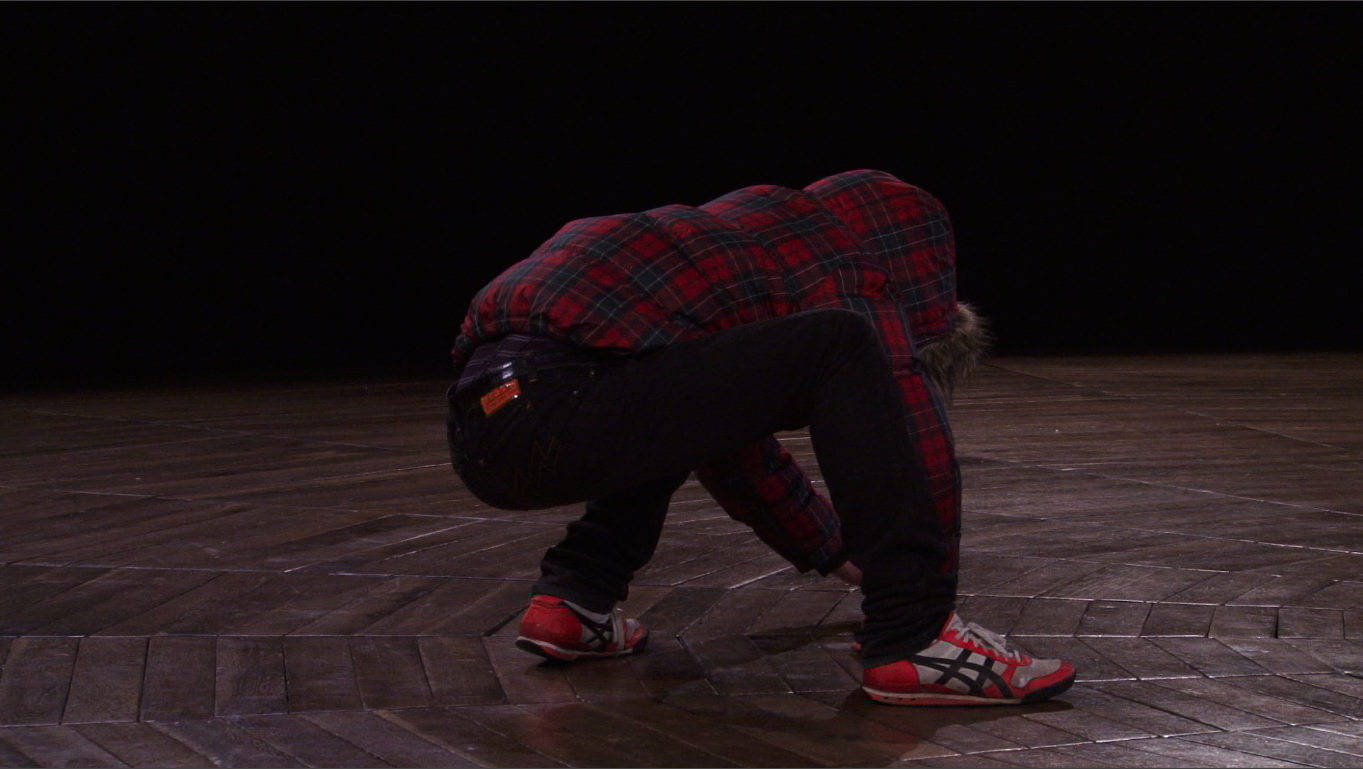 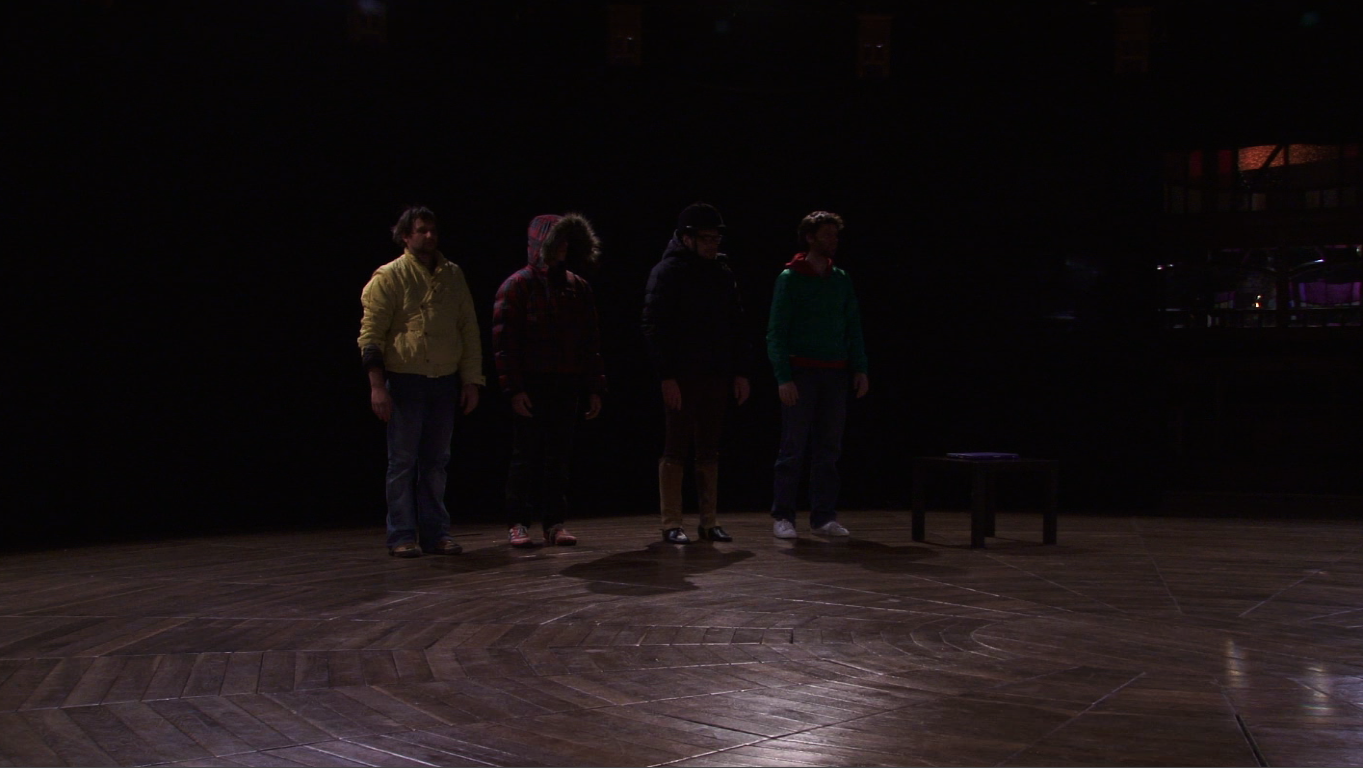 I am writing a text that is read in the first part. I rehearse alone with a sound recorder. After a few sessions, a new way of speaking appeared, a new “friend in my head” temporarily called Mr. Loyal, in reference to the particular context of the place (a Magic Mirror). A sound montage of these oral sessions is broadcast as the second part of the performance. We choose to work in anorak, in order to be able to turn off the heating in public. Throughout the performance, we play the equivalent of 25% of the poker revenue on the internet, which is the amount that Le Dansoir gives us. At the end of the 40 minutes of performance, we lost 20 euros. Throughout the play, Lorenzo tries either to escape the audience or to disappear. Gilles Groppo and Jules Gamain take turns at poker. I run Gilles on the lanyard (horseback riding). Gilles and I also make plugs. We break the polystyrene.