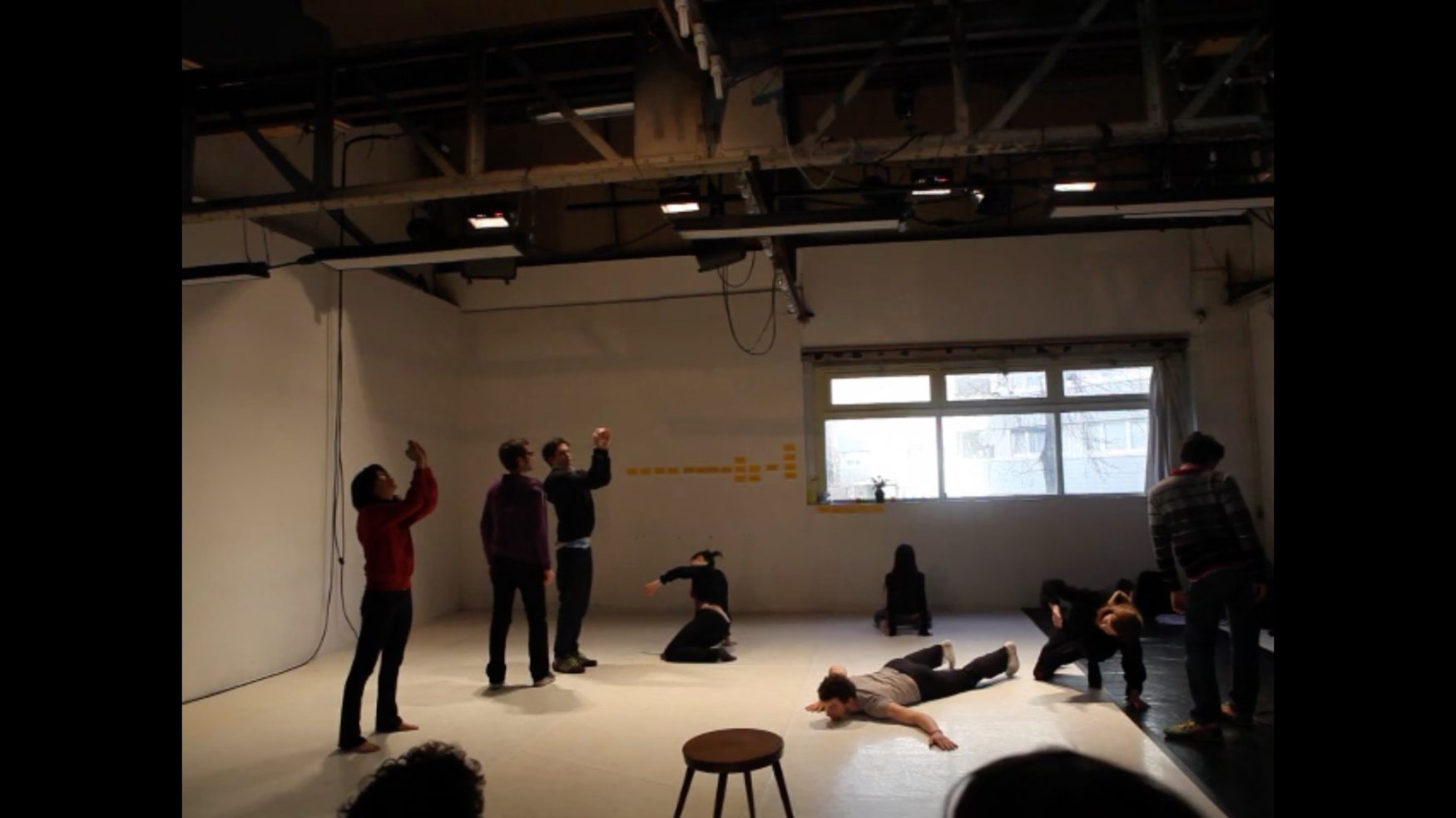 We worked over a very short period of time, two to three three-hour sessions depending on the availability of the performers. Most of them had already collaborated on other performances, so we continued to explore new materials: or how, by being aware of the framework proposed to the public, to produce movements, gestures and actions that manage to escape a logic of pure production. How to show what would precede decision-making. Be aware of the signs sent to the spectators to keep them in constant attention. Following this performance, I decided to join the production of reproducible pieces (shows), in order to be able to work more upstream of the opening to the public.